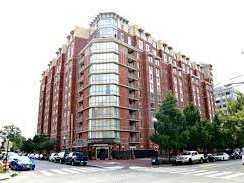 Capitol Hill Towers is a HUD Apartment. HUD residents usually pay 30% of their gross income for rent. The rent amount, less approved HUD deductions such as medical and child care expenses, and other allowances, includes a utility allowance. HUD Residents also may choose to pay what is known as flat rent. The HACC works with applicants to determine which rent arrangement is best for them.

Note: Apartments may not have openings or may have long waiting lists. Call for complete details.

Are you familiar with Capitol Hill Towers? Help PublicHousing.com users find out answers.

We publish all Helpful information.

* Mileage is based as direct lines from geocoded point to point (as the crow flies). Please check google maps for exact directions and road miles.

*Alaska and Hawaii have different rates for HUD federal poverty guidelines.
These numbers above represent 100% of the Federal Poverty Rate. In order to get in some apartments the 100% rate changes to things like 200%. In these cases, you will only need to multiply the rate in each category by 2.


Apartment Checklist
Check For Waiting Lists
Most apartments have waiting lists. Search early and do not just settle on one apartment choice.

Contact Your Local Housing Authority
Housing authorities have many opportunities. Many do have closed waiting lists, but they may be able to provide other public housing resources.

Check The Federal Poverty Sliding Scale Guidelines
Check to see if you qualify for low cost or free housing by comparing the guidelines to your income records.